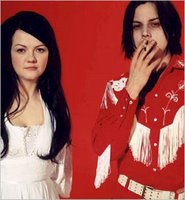 On the Onion AV Club today they interviewed a bunch of musicians and comedians by telling them to put their iPods onto shuffle and explain the songs that came up. [They also did Five Truly Useful Websites which is invaluable.]

I thought this was really interesting and so did it to myself for a blog post. Here are the results.

This is kind of fun and I recommend it to any other blogger with time to kill.

ps. I'm quite proud of this post's title (though I imagine that someone else thought of it first)

I have the Elton John song, and the albumn Monster from REM too. I bought that when it came out, though I think I had finished school then. My favourtie was "What's the frequency Kenneth"