[General] Making up for lost blogs

Look at how fucking slack I have been.

That is to say I have slack at my blog. In the real world I have been working my arse off.

Wellington Vs Auckland this weekend in the NPC is being billed as a “try fest”. Usually when two high scoring flamboyant teams come together the result is a low scoring affair that is decided by defence. That is what I am predicting. You want a try fest? Watch Northland Vs Southland.

The NRL grand final is showing what the NPC can only dream of. Two heavily underrated teams have made it (West Tigers and North Queensland Cowboys) and the contest will be amazing. Legions of fans are wetting themselves with excitement and most of all, the whole thing is interesting! It’s not just “Oh that team will win, they always win”.

Like Fucking !!! Yes, I hate . Because you win all the time! And when it looks like you might not win you start to buy players off other franchises so that you will. Fucken’ Hell let the Bay keep Kevin Senio! What do you need him for?

Rant over, for now…

And here is more proof that sports make you nuts

Also here is some stuff I was supposed to post a long time ago but forgot. 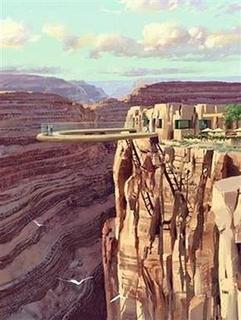 In this artist rendering provided by Destination Grand Canyon, a glass skywalk is shown extending from the . An American Indian tribe with land along the canyon is planning to build a glass-bottomed walkway that will jut out 70 feet from the canyon's edge. The skywalk, expected to open in January, is part of the Hualapai Tribe's $40 million effort to turn 1,000 acres of reservation land into a tourist destination that will also feature an Indian village and Western-themed town. (AP Photo/Destination ) 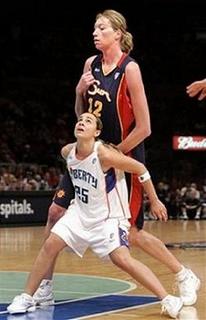 The New York Liberty's Becky Hammon, in front, guards the Sun's 7-foot-two-inch center Margo Dydek, of , during the second half of their WNBA game at in . (AP Photo/Gregory Bull)